ARE WE SOMEONE ELSE’S COMPUTER PROGRAM ?

WE NOW KNOW WE LIVE IN A MIND CREATED HOLOGRAPHIC UNIVERSE, AND THERE IS AN INTELLIGENCE BEHIND IT. 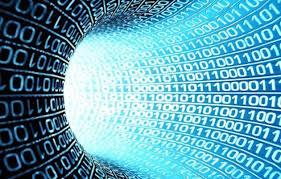 In my book titled Staradigm (published in 2011), I mentioned about this idea and roughly explained how it worked. It is great to finally hear that physicists of today are finding evidence that the Universe is a giant hologram.

Here is an excerpt from my book that explains how reality works at the fundamental levels:

When we paint a picture or model a three dimensional object using computer software, all the instructions are processed by the CPU and its counterparts before they are projected onto the screen. This process happens almost instantaneously, and it shows that instructions are processed by the CPU before they are used to create the computer generated object. In a sense, our picture or three dimensional model is nothing more than a perception of the CPU.

At this level, our artwork will look like flashes of electrical currents. This analogy of how a computer works is similar to how our minds and consciousness create our illusionary external reality. …

If we can go beyond time and space and look down at our third dimensional reality, we will see that our reality is also made of flashes of electrical signals or light. In other words, this is the state of our reality before it is processed by our consciousness. The reason why we perceive things as solid is because our bodies and consciousness encode the energy patterns around us as solid. It is at this moment that we are tricked into believing that our reality is made of solid materials.

Here is an excerpt from my article titled How Frequency and Vibration Create Sacred Geometry and the Structures of Matter and Life that explains this process a little deeper:

The core structures of reality work similar to how a computer works. A computer communicates and operates through the use of binary codes, which are codes that consist of ones (on) and zeros (off). Binary codes are very simple but with the right combinations they can help computers create magnificent things.

For example, when we paint a picture using a computer software, the core state of the colors and shapes in the picture are basically made of ones and zeros. We do not see our picture as ones and zeros, because the central processing unit (CPU) and its counterparts process the binary codes as colors and shapes. The greatest thing about binary codes is that there are no limits to their combinations. …

The idea that we live in a holographic universe is very real. With the invention of quantum computers, physicists should soon be able to prove this beyond a reasonable doubt. So, what does it mean that we live in a holographic universe generated by some kind of quantum computer? It means that the Universe was created by an intelligent creator, and therefore it was not created by accident. In other words, the Prime Creator exists!

Here is a synopsis of the video below:

Working on a branch of physics called super symmetry, Dr. James Gates Jr., discovered what he describes as the presence of what appear to resemble a form of computer code, called error correcting codes, embedded within, or resulting from, the equations of super symmetry that describe fundamental particles.

Gates asks, “How could we discover whether we live inside a Matrix? One answer might be ‘Try to detect the presence of codes in the laws that describe physics.’” And this is precisely what he has done. Specifically, within the equations of supersymmetry he has found, quite unexpectedly, what are called “doubly-even self-dual linear binary error-correcting block codes.” That’s a long-winded label for codes that are commonly used to remove errors in computer transmissions, for example to correct errors in a sequence of bits representing text that has been sent across a wire.

Gates explains, “This unsuspected connection suggests that these codes may be ubiquitous in nature, and could even be embedded in the essence of reality. If this is the case, we might have something in common with the Matrix science-fiction films, which depict a world where everything human being’s experience is the product of a virtual-reality-generating computer network.”

This Article is mostly a reprint from www.nexusnewsfeed.com