CAN WE BE IN TWO PLACES AT THE SAME TIME ? 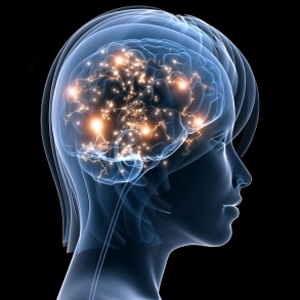 YES – QUANTUM MECHANICS SEEMS TO ALLOW FOR IT.  THEORETICAL PHYSICISTS HAVE LONG KNOWN THIS, OR STRONGLY EXPECTED IT TO BE POSSIBLE, BUT COULD NOT TALK ABOUT IT.

For us in the Spiritual community, we have no problem with this concept.  We read the stories of people who have Ascended in front of others or been in two places at the same time.  For those of you who read the Bible, you know a man who did appear in two places at the same time some 1985 years ago.  In a Mind Created Universe this is all possible if we understand what we are, what the Universe is and how the Mind interact with everything all Past, Present and Future as One.  That is Siddhi Consciousness, when you are only Mind and create in the moment everything you think of.  Science is catching up.  They are going the long way about it, but they will get there.  Read the Article below, and you will understand:

It is the central question in quantum mechanics, and no one knows the answer: What really happens in a superposition—the peculiar circumstance in which particles seem to be in two or more places or states at once? Now, in a forthcoming paper a team of researchers in Israel and Japan has proposed an experiment that could finally let us say something for sure about the nature of this puzzling phenomenon.

Their experiment, which the researchers say could be carried out within a few months, should enable scientists to sneak a glance at where an object—in this case a particle of light, called a photon—actually resides when it is placed in a superposition. And the researchers predict the answer will be even stranger and more shocking than “two places at once.”

The classic example of a superposition involves firing photons at two parallel slits in a barrier. One fundamental aspect of quantum mechanics is that tiny particles can behave like waves, so that those passing through one slit “interfere” with those going through the other, their wavy ripples either boosting or canceling one another to create a characteristic pattern on a detector screen. The odd thing, though, is this interference occurs even if only one particle is fired at a time. The particle seems somehow to pass through both slits at once, interfering with itself. That’s a superposition.

And it gets weirder: Measuring which slit such a particle goes through will invariably indicate it only goes through one—but then the wavelike interference (the “quantumness,” if you will) vanishes. The very act of measurement seems to “collapse” the superposition. “We know something fishy is going on in a superposition,” says physicist Avshalom Elitzur of the Israeli Institute for Advanced Research. “But you’re not allowed to measure it. This is what makes quantum mechanics so diabolical.”

For decades researchers have stalled at this apparent impasse. They cannot say exactly what a superposition is without looking at it; but if they try to look at it, it disappears. One potential solution—developed by Elitzur’s former mentor, Israeli physicist Yakir Aharonov, now at Chapman University, and his collaborators—suggests a way to deduce something about quantum particles before measuring them. Aharonov’s approach is called the two-state-vector formalism (TSVF) of quantum mechanics, and postulates quantum events are in some sense determined by quantum states not just in the past—but also in the future. That is, the TSVF assumes quantum mechanics works the same way both forward and backward in time. From this perspective, causes can seem to propagate backward in time, occurring after their effects.

But one needn’t take this strange notion literally. Rather, in the TSVF one can gain retrospective knowledge of what happened in a quantum system by selecting the outcome: Instead of simply measuring where a particle ends up, a researcher chooses a particular location in which to look for it. This is called post-selection, and it supplies more information than any unconditional peek at outcomes ever could. This is because the particle’s state at any instant is being evaluated retrospectively in light of its entire history, up to and including measurement. The oddness comes in because it looks as if the researcher—simply by choosing to look for a particular outcome—then causes that outcome to happen. But this is a bit like concluding that if you turn on your television when your favorite program is scheduled, your action causes that program to be broadcast at that very moment. “It’s generally accepted that the TSVF is mathematically equivalent to standard quantum mechanics,” says David Wallace, a philosopher of science at the University of Southern California who specializes in interpretations of quantum mechanics. “But it does lead to seeing certain things one wouldn’t otherwise have seen.”

Take, for instance, a version of the double-slit experiment devised by Aharonov and co-worker Lev Vaidman in 2003, which they interpreted with the TSVF. The pair described (but did not build) an optical system in which a single photon acts as a “shutter” that closes a slit by causing another “probe” photon approaching the slit to be reflected back the way it came. By applying post-selection to the measurements of the probe photon, Aharonov and Vaidman showed, one could discern a shutter photon in a superposition closing both (or indeed arbitrarily many) slits simultaneously. In other words, this thought experiment would in theory allow one to say with confidence the shutter photon is both “here” and “there” at once. Although this situation seems paradoxical from our everyday experience, it is one well-studied aspect of the so-called “nonlocal” properties of quantum particles, where the whole notion of a well-defined location in space dissolves.

In 2016 physicists Ryo Okamoto and Shigeki Takeuchi of Kyoto University verified Aharonov and Vaidman’s predictions experimentally using a light-carrying circuit in which the shutter photon is created using a quantum router, a device that lets one photon control the route taken by another. “This was a pioneering experiment that allowed one to infer the simultaneous position of a particle in two places,” says Elitzur’s colleague Eliahu Cohen of the University of Ottawa in Ontario.

Now Elitzur and Cohen have teamed up with Okamoto and Takeuchi to concoct an even more mind-boggling experiment. They believe it will enable researchers to say with certainty something about the location of a particle in a superposition at a series of different points in time—before any actual measurement has been made.

This time the probe photon’s route would be split into three by partial mirrors. Along each of those paths it may interact with a shutter photon in a superposition. These interactions can be considered to take place within boxes labeled A, B and C, one of which is situated along each of the photon’s three possible routes. By looking at the self-interference of the probe photon, one can retrospectively conclude with certainty the shutter particle was in a given box at a specific time.

The experiment is designed so the probe photon can only show interference if it interacted with the shutter photon in a particular sequence of places and times: Namely, if the shutter photon was in both boxes A and C at some time (t1), then at a later time (t2) only in C, and at a still later time (t3) in both B and C. So interference in the probe photon would be a definitive sign the shutter photon made this bizarre, logic-defying sequence of disjointed appearances among the boxes at different times—an idea Elitzur, Cohen and Aharonov proposed as a possibility last year for a single particle spread across three boxes. “I like the way this paper frames questions about what is happening in terms of entire histories rather than instantaneous states,” says physicist Ken Wharton of San Jose State University, who is not involved in the new project. “Talking about ‘states’ is an old pervasive bias whereas full histories are generally far more rich and interesting.”

That richness, Elitzur and colleagues argue, is what the TSVF gives access to. The apparent vanishing of particles in one place at one time—and their reappearance in other times and places—suggests a new and extraordinary vision of the underlying processes involved in the nonlocal existence of quantum particles. Through the lens of the TSVF, Elitzur says, this flickering, ever-changing existence can be understood as a series of events in which a particle’s presence in one place is somehow “canceled” by its own “counterparticle” in the same location. He compares this with the notion introduced by British physicist Paul Dirac in the 1920s who argued particles possess antiparticles, and if brought together, a particle and antiparticle can annihilate each other. This picture at first seemed just a manner of speaking but soon led to the discovery of antimatter. The disappearance of quantum particles is not “annihilation” in this same sense but it is somewhat analogous—these putative counterparticles, Elitzur posits, should possess negative energy and negative mass, allowing them to cancel their counterparts.

So although the traditional “two places at once” view of superposition might seem odd enough, “it’s possible a superposition is a collection of states that are even crazier,” Elitzur says. “Quantum mechanics just tells you about their average.” Post-selection then allows one to isolate and inspect just some of those states at greater resolution, he suggests. Such an interpretation of quantum behavior would be, he says, “revolutionary”—because it would entail a hitherto unguessed menagerie of real (but very odd) states underlying counterintuitive quantum phenomena.

The researchers say conducting the actual experiment will require fine-tuning the performance of their quantum routers, but they hope to have their system ready to roll in three to five months. For now some outside observers are not exactly waiting with bated breath. “The experiment is bound to work,” says Wharton—but he adds it “won’t convince anyone of anything, since the results are predicted by standard quantum mechanics.” In other words, there would be no compelling reason to interpret the outcome in terms of the TSVF rather than one of the many other ways that researchers interpret quantum behavior.

Elitzur agrees their experiment could have been conceived using the conventional view of quantum mechanics that prevailed decades ago—but it never was. “Isn’t that a good indication of the soundness of the TSVF?” he asks. And if someone thinks they can formulate a different picture of “what is really going on” in this experiment using standard quantum mechanics, he adds, “well, let them go ahead!”

This Article is borrowed from www.acientificamerican.com