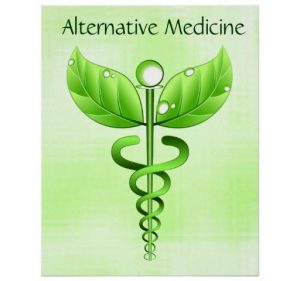 THE “MEDICAL MAFIA” ARE MURDERING THEIR COMPETITION – – ONE BY ONE.

There are about 100 Medical Doctors who have done research of the toxicity and illness caused by Vaccines and Cures for Cancer that are either missing, suicided, shot or have died under mysterious circumstances.  This may explain some – – :

Several holistic doctors have been found dead, in apparent suicides. The medical community is now speechless due to the timing of their deaths, based on the fact that they were all researchers working on a breakthrough cure for cancer.

Renowned autism specialist, Dr. James Jeffrey Bradstreet, was researching the enzyme prior to his death in July 2015. His body was discovered floating in a North Carolina river with a single gunshot wound to the chest.

Suspicions swirled that the doctor may have been killed as a result of his controversial research. Bradstreet and his colleagues had discovered that the immune system is being compromised by nagalase, which they suspected was being introduced through vaccines.

Dr. Bradstreet was working with a naturally occurring compound that may be the single most effective thing in the immune system for killing cancer cells

Nagalase interferes with an important protein in the body that kills cancer cells, explained Dr. Ted Broer in an interview on the Hagmann and Hagmann Report.

This new breakthrough cure, which you can learn more about in the video below, includes the human protein GcMAF (globulin component macrophage activating factor). GcMAF actually activates macrophages that are already existent inside of the human body, and in turn causes the body to destroy cancer cells.

As the body produces this substance naturally, many cancer patients cannot produce enough necessary to ward off the disease. Thankfully, when administered GcMAF, the immune system can become stronger and can fight cancer by itself, without more invasive treatments like radiation or chemotherapy. The GcMAF website says:

“Your GcMAF empowers your body to cure itself. In a healthy person, your own GcMAF has 11 actions discovered so far, including two on cells, three excellent effects on the brain, and 6 on cancer. Amongst these, it acts as a ‘director’ of your immune system.”

The video we have linked shows GcMAF in action by use of time-lapse photography over a period of 60 hours. It is no wonder that big pharma saw these doctors as their enemy, however, their lives were not payment for the monetary loss the pharmaceutical industry would have taken, and staying informed of information such as this is of the utmost importance.

I got the information herein at:  www.awarenessact.com