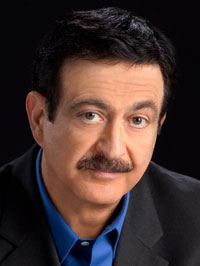 IS THIS A FLYING HUMAN – OR AN EARLY VERSION OF “JESUS IS COMING BACK IN THE SKY” created by the “Black Ops” “Operation Blue Beam” ?
Remember – Mexico is almost entirely Catholic and if someone came out of the sky, and told them he was “Jesus”, most of them would
believe him, because people can not fly. He must be a God. When he shows up (not if, because they will most likely play the “Jesus has returned” card), ask him to show you his levitation belt under his clothing, or try to touch the Hologram “Blue Beam” has created. Yes, that kind of Hologram will feel real to the touch, BUT IT WILL BE COLD. It will not be warm like a human. Crawl out of the “Box” folks. The “Box” can be comfortable for your body, but it will do nothing for your Mind. When you leave this place, you will wish you never heard of the “Box”.

THIS COMES OF THE “Coast to Coast” Radio Show Web Site. You should visit there sometime. They have some really interesting things there. Here is their site to visit: https://www.coasttocoastam.com/
Here is the Video of the Flying Humanoid in Mexico: https://www.youtube.com/watch?time_continue=37&v=VsE1oR0z5aY

Here is what Coast to Coast say about it:

A weird video from Mexico has gone viral as some believe the footage shows a flying humanoid hovering in the sky, but not everyone is convinced.
The strange scene was captured in the city of Mexicali by a motorist who caught sight of the weird tubular anomaly, that, at times, looks like a person either with their legs extended or in a sitting position.
As one can imagine, the fantastic nature of the footage has led some UFO enthusiasts to conclude that, indeed, it is a flying humanoid, possibly of the extraterrestrial kind.
Since such UFOs are represent something of a rarity, the video has seemingly sparked the imagination of many online as the footage has spread like wildfire over the last few days.
Skeptics, however, have stepped forward to put a proverbial pin in what they see as likely to be a literal balloon.
Specifically, scrupulous UFO video analyst Scott Brando says that the ‘flying humanoid’ in question could have simply been a storm
trooper balloon that got away.
Before UFO fans roll their eyes at what sounds like an almost dismissive answer, Brando, to his credit, actually found footage of just such a scenario unfolding and it does bear an uncanny resemblance to the Mexicali flying humanoid.
Nonetheless, the case, of course, remains unsolved until either a spaceman lands somewhere near Mexicali or someone stumbles upon a deflated storm trooper balloon flapping in the breeze.

What’s your take on the odd video?
AGAIN – SEE THE VIDEO HERE: https://www.youtube.com/watch?time_continue=37&v=VsE1oR0z5aY