HERE IS FOR YOU WITH LIVER DAMAGE AND “DRUNKS” OUT THERE 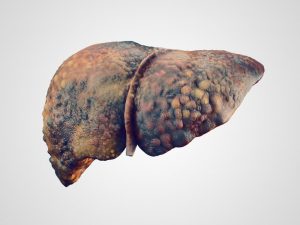 YES – THIS CAN REALLY REPAIR THE LIVER – BUT QUIT ABUSING IT

Most of us should know by now that one of the pitfalls of alcohol consumption is liver damage.

According to the Centers for Disease Control, 38,170 Americans died from chronic liver disease (cirrhosis) in 2014. Of these, at least 19,388 were alcohol-related liver disease.

Indeed. Alcohol can kill. Another CDC study found that 10 percent of all American deaths in working-age adults between 2006 and 2010 were caused by excessive alcohol consumption. These were related to both liver disease and motor vehicle incidents.

Alcohol is a leading cause of cirrhosis. Other toxins that cause liver disease include many pharmaceutical chemicals and a number of other environmental chemicals such as acetone, Roundup® (glyphosate) and others. Ongoing liver damage can be readily recognized by testing one’s liver enzymes. The liver produces a number of enzymes in an attempt to repair the damage from toxins like alcohol. The most tested enzymes include alanine aminotransferase (ALT), aspartate aminotransferase (AST) and gamma-glutamyl transferase (GGT). Heightened levels of these three enzymes identify liver damage. They can indicate overuse of alcohol, pharmaceuticals or other toxic chemicals.

For the record, here are the normal levels of these three liver enzymes:

Doctors may also test levels of alkaline phosphatase and glutathione to gauge liver health. Alkaline phosphatase is a liver enzyme that breaks down liver-harming chemicals. Glutathione is an antioxidant nutrient produced in the liver. It reduces oxidizing elements from the liver and bloodstream.

Like the other three liver enzymes above, high alkaline phosphatase and glutathione levels also indicate liver damage from toxins. Licorice root halts liver alcohol-induced damage
A study from Texas’ Creighton University tested 12 healthy people. In this crossover study, half the subjects were tested with an extract of licorice root (Glycyrrhiza glabra) and the other half were given a placebo. Those who took the placebo for the first part of the study were then given the licorice for another 12 days.

This sort of crossover trial produces good study results because it doubles the effective treatment groups. It also better eliminates chance or other causes.

During the study, the subjects drank vodka in the clinic for 12 days, until achieving 0.12% blood alcohol. At the same time, they took either the licorice extract or the placebo. The licorice extract was standardized to glycyrrhizin.

ALT, AST and GGT liver enzymes were tested on the first, sixth and 12th visits to the clinic. Those who did not take the licorice had significantly increased levels of all three liver enzymes over the 12 days of alcohol consumption.

But in the licorice group, none of the three liver enzymes increased during the 12 days.

Furthermore, the researchers found those who took the licorice extract showed significantly decreased levels of alkaline phosphatase and glutathione levels in comparison with the placebo group.

This isn’t the first study that has shown licorice and its primary glycyrrhizin extract reduce liver injury. In 2012, researchers tested 66 patients diagnosed with non-alcoholic fatty liver disease. They gave half two grams per day of a licorice extract for two months. The other half of the group were given a placebo.

The group given the placebo did not have any reduction in liver enzymes after the two months.

A 2008 study from Russia’s Northern State Medical University studied 66 Russian males with alcohol-related liver damage. The researchers found that the alcoholics had reduced probiotic levels compared to 24 healthy adults who did not consume alcohol.

The researchers also found that those treated with probiotic supplements had significantly decreased levels of ALT, AST and GGT after only five days of supplementation.

Yes, that was only five days of supplementing with probiotics.

Measures to reduce liver enzymes also include milk thistle. Milk thistle’s silymarin and silybin content seem to be mostly responsible. Discover other strategies to increase liver health and cleanse the body from toxins:

This article was reprinted from:  www.nexusnewsfeed.com