“IF YOU HAVE NOTHING GOOD TO SAY, SAY NOTHING AT ALL”. 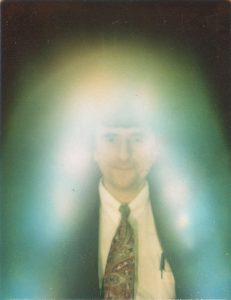 LET’S GUARD OUR WORDS – SO WE ARE NOT MISUNDERSTOOD.

And than, we have heard: “We should not judge other people”.  Most people do that, every day, in one form or another.  I totally agree, but why ?  Why should we not judge others ?  Well finally, science is coming around to agreeing that we should judge others also.  It has been proven that we live in a Mind Created Universe where Everything Is Entangled as One.  So, when we judge others, we judge ourselves.  Judgment create nothing but negativity in form of perceived separation, anger, mistrust, shame, dislike and a few other sensations I can think of.  You see, at the Spiritual level, we are all the same and equal.  We are Spiritual beings having a Physical experience, taking on this body to learn and grow to a higher level of Spiritual Understanding and Capacity.  By the time the Physical experience unfolds, we have a perceived separation and differences.  And often we act on those perceived differences based on Physical conditions and three dimensional thinking.  That often also can take on an outwards expression looking like judgement, when maybe it was not.  I remember many years ago, someone told me I was arrogant.  Well, my words were not meant to be arrogant.  I had a standard, and was not willing to compromise my standard by agreeing to the other person’s opinion that a lower standard was acceptable.  I told him “that is something you can do, but I can not”.  Before we say anything to anyone, specially if we are talking about a third person, we should ask ourselves:  “Is it right – Is it kind” ?

We must understand the difference between Judgement and Discernment.  If we are talking about a drug dealer or a mass murderer, how can we avoid judging him for what he does ?  Well, lets go back to our Quantum Universal Entanglement as One again.  At the Spiritual level we are Entangled as One with that person.  Physically, it is a different thing.  We can use Discernment.  We can chose to not agree with him, condone his action, spend time with him, or associate with him in a Physical way.  But, we can love him from a distance, send him loving thoughts hoping he will discover the path to a more loving and lit up part of true life.  Even though, at the end of this Holographic existence we are working ourselves through, it usually works out the way it was planned before we started the journey anyway.

So, to summarize:  Be kind – understanding – try to see things from the other persons point of view – be careful with our jokes and meaningless questions, they are often misunderstood, which we can be guilty of specially with someone who means a lot to us.

And yes, that is a Kirilian Photo of me.