RADIO SHOW: NAZI GERMAN EXOTIC TECHNOLOGIES – HITLER SURVIVED – AND WHERE DID THEY MOVE TO 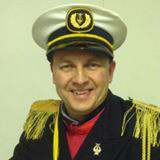 WE ARE INTERVIEWING Jonas Ogland from Norway.  He has researched the Secret Technologies the NAZI developed – the Flying Discs – Die Motorstoppel – the Clystron Tube (directional EM Pulse Gun) the Anti Gravity Engine and a lot more.  And Adolf hitler did not die in the Bunker.  He got a new identity from the Pope, and escaped to South America where he lived out his days.  Under “Operation Paperclip” the American government took in a large number of German scientists, politicians, doctors, high ranking officers with special skills, and they started to work for the USA.  To hear the rest of the story, click below and listen: