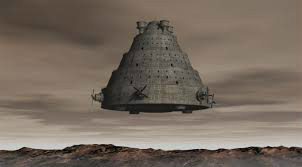 MANKIND’S DREAM OF FLIGHT was realized by the Wright Brothers in 1903.  BUT, maybe that was not the first time – – – – – .  There are many indications telling us that there were flying machines, and people flying around, thousands of years ago.  There are painting in caves, carvings in stone, paintings, hieroglyphs in temples in Egypt and other places, written records of flying machines, written records of people and so called “Gods” – – flying.  These old records are found all over the world, the Americas, Australia, Africa, Europe, the Far East.  The Sumerians – Egyptians – Incas – Rama of India and many other cultures has the stories of people – – flying, in their flying machines.

To specifically speak about the Rama Empire of India, and the Sumerians of the Middle East, there are large amounts of evidense that people could fly.  It seems, from the written records that not all of the people were flying, but only the “Gods”, the few priviliged in government, the wealthy, the military.

The Sumerian Tablets, of which there are tens of thousands, speak very eloquently of the flying machines used at that time.  They speak of the “Terrible waepons of death”, and how the destruction of whole armies and cities was delivered by the “Gods” in their flying machines.  There are places, in what is now Libya, Iraq, Syria, where there are large areas of broken up yellowish or slightly blue glass (melted sand).  This can only be created by intence heat at 4,000 to 5,000 degrees.  Also, the ground is slightly radio active.  Scientists who have investigated these places, claim this could only have happened because of some type of atomic explosion – – like the one that happened at Sodoma and Gomorrah.

Also, in the Indus Valley in Pakistan and India, there is a large area aproximately two feet down in the dirt where there is a two inch thick layer of dust that are radio active and melted sand (light blue glass).  Again, the scientists are saying it must have come about because of an atomic explosion.

Of course, that could not have happened – – right ?  Atomic explosions – – atomic weapons dropped by flying machines, that far back in history, can not be possible.  According to the history books, there were only “knuckle draggers” back than.  It appears that is not quite right.

From India, there are hundreds and hundreds of stories, written records and drawings of flying machines they call the VIMANA.  They were used by the “Gods”, the wealthy, the powerful, and the military, and there are very colorful stories written about how they were used.  Most of these written records, in India, are writteen in Sanskrit.  This language is mostly a forgotten language now, but there are remote villages where they still use the language in India.

There are written records of wars and incredible battles where the VIMANAS were used to destroy the enemy.  In one incident, is states: “The VIMANA with its terrible weapon, turned the enemy army into dust”.  Now, having read a fair amount of history, that is exactly the term that were used, by one writer, about the exact spot where the atomic bomb exploded over Hiroshima.  In the Mahabharata, you can read more about these batles.  The VIMANAS were spoken of on 41 occasions, and it explained the weapons they used as a melting beam of light.  It speaks of King Salva attacking the city where the “God” Krishna lived.  It even speaks of Salva having a VIMANA that had the capability of becoming invisible.  Krishna outsmarts the attacking force and destroys the VIMANAS by a weapon using sound.

The VIMANAS was built for many different purposes, and they had many different shapes.  We do not know if they all had the same propulsion device, but they had one thing in common, and that was that they could be still in the air and defy gravity.  Some form of Anti Gravity or Gravity Redirection device was used.  In some of their writings about the engine, it is explained that they are using a “Mercury Engine”.  Some of the drawings appear to have a rotating hollow tub of mercury and metal rods around it (magnets ?).  I have seen machines that have two rotating hollow tubs of Red Mercury, rotating in different directions, and submerged in an Electro Magnetic field. This will create a “Gravity Nullification” like a “bobble’ around the machine.

One VIMANA was looking like a large Pyramid.  It appeared to have propellers on it, pointing in 4 different directions.  This one was used by Kings and “dignitaries” for their family’s enjoyment.  Others were looking more like todays airplanes.  They were war planes.  I have a fair amounts of drawings and specks of the VIMANA on my Free Blog.  I will be placing more of them there shortly.  Go there and have a look, at:  www.aage-nost.com.  Check page 16 of the Photo Album.