WE HAD BOTH GIANTS AND HOBBITS IN AMERICA 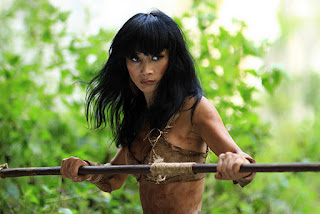 Hobbits Were Real and Discovered in America’s Heartland:

Hobbits Were Real and Discovered in America’s Heartland

Thousands of tiny Hobbit people were discovered primarily in the Midwest.

Follows is a report from the heart of giant’s country in Coshocton county, Ohio.
Centennial History of Coshocton, County Ohio 1909
The missionary, Zeisberger, noted a hundred and thirty-three years ago the numerous signs of an ancient race here. He referred particularly to the cemetery containing thousands of graves near the mound three miles south of Coshocton.
The skeletons reduced to chalky ashes were three to four and a half feet long, smaller than the Indian or mound skeletons. These pygmies have led to much conjecture. Thus far no definite conclusion is recorded in any of the notices of this ancient city of the dead.
Skulls were described “as triangular in shape, much flattened at the sides and back, though not with the slant-brow of the Flat Head Indians seen in the West. A hole pierced the back of the head. The bones were displaced, the skull being found with the pelvis, from which it is inferred that the body was dismembered before burial.
Read more about these subjects at: “Encyclopedia of Ancient Giants in America”