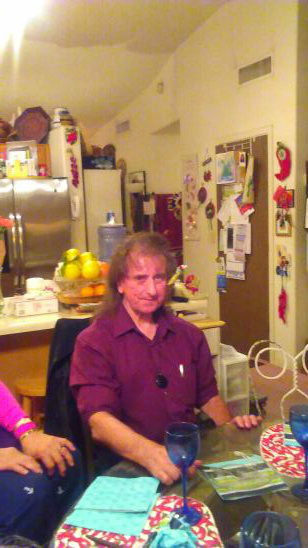 WE HAVE HEARD the term “The Maste-Mind”, but what is it, and how can we take advantage of it?

It is based on this principle: “WHEN TWO OR MORE MINDS ARE UNITED IN HARMONY, THEY CREATE A THIRD MIND WHICH HAS THE POTENTIAL MIND CAPACITY OF THE TWO OR MORE OF THEM MULTIPLIED BY EACH OTHER”.  This is one of the most powerful forces in the Universe.

Let me give you an example:  In the mid 1990’s, Art Bell, the Host of the nightly radio show “Coast to Coast AM”, did a Mind experiment.  There had been a severe drout in Texas for about 3 months.  Cattle were dying, there were brush-fires everywhere, houses and ranches wee burning up, and towns were running out of water.  Art Bell told his 5 to 15 milllion listeners on the radio to visualize rain over Texas.  The next day, there were thunderstorms and rain all over Texas.  The weather forcasters were dumbfounded, and came out and admitted: Nowhere in the computermodels were there any moisture that could create any rain in Texas.  They did not understand how it could have happened, but it did.

Well, I understand.  The millions of listeners of the “Coast to Coast” radio show created a “Master-Mind Group”.  They tapped into the Unified Field, and their visualized intention created the rain.  Because we are living in a Mind Created Universe, the visualized Intention reached into the Quantum reality and created the vibration of the rain as it was visualized and intended.

It may have helped, but we do not need millions of Minds together to do this.  A minimum of two focused Minds can create the same Master-Mind when they visualize in concept and detail with emotion, intention, Love, and in vivid colorful pictures.  A family can visualize something for their common good, using these principles.  This is what prayer should be.  It is what the old masters of the far East, Aboriginies, Native Americans was teaching.  You do not pray for what you want, you pray for what you are, and visualize yourself imbedded in what you are visualizing.

If you want to learn more about the Master-Mind and how to interact with the Universal Consciousness for knowledge and resources, read the book: “SPIRITUAL SCIENCE, HIGHER CONSCIOUSNESS THINKING AND HOW TO ACCESS THE UNIVERSAL CONSCIOUSNESS”.  Go to: www.Amazon.com , put my name {Aage Nost} in the search bar, and read about what is in the book.