WILL THE ROBOTS REPLACE US AS WORKERS ?

THE WORKING ENVIRONMENT AND THE JOBS IT WILL HOLD, WILL NOT EVEN BE RECOGNIZABLE 20 YEARS FROM NOW. 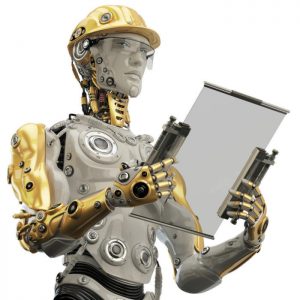 The west’s leading economic think-tank has warned its members that they are failing to prepare workers for an automation revolution that will leave 66 million people at risk of being replaced by machines in the coming years.

A new report by the Paris-based Organization for Economic Cooperation and Development found that the most vulnerable – one in seven workers on average across the 32 countries studied – were less likely to be receiving help than those whose jobs were more secure.

The OECD said 14% of jobs in developed countries were highly automatable, while a further 32% of jobs were likely to experience significant changes to the way they were carried out.

The report said some of its member states were far more vulnerable than others to seeing jobs replaced by computers or algorithms: “There are significant differences across countries: 33% of all jobs in Slovakia are highly automatable, while this is only the case with 6% of the jobs in Norway.

Britain was identified by the OECD as one of the countries that would be least affected by automation, but even so the thinktank said one in ten jobs were at high risk and one in four could experience significant change.

Automation was most likely to affect jobs in the manufacturing industry and agriculture, although a number of service sectors, such as postal and courier services, land transport and food services are also highly vulnerable, the thinktank warned.

The new research suggested the job threat posed by automation was less severe than a 2013 study showing that 47% of US jobs were at high risk.

But the OECD added that even its new estimates pointed to 13m American jobs being lost, warning that the impact on some local economies would be far more damaging than the impact on Detroit of the decline of the car industry. Robots on a production line. Jobs in the manufacturing industry and agriculture are most at risk from automation, according to the think-tank. Photograph: Steve Parsons/PA

Low-skilled people and youth were among those most at risk, according to the report, with the jobs at highest risk tending to be in low-skill sectors such as food preparation, cleaning and laboring. Workers in fully automatable jobs were more than three times less likely to have participated in on-the-job training, over a 12-month period, than workers in non-automatable jobs. Those most at risk were also less likely to participate in formal education or distance learning.

The OECD underlined the need to help young people obtain work experience while studying, and highlighted the importance of retraining and social protection for those who were at risk of seeing their job restructured or significantly downsized.

“In parallel, the large share of workers whose jobs are likely to change quite significantly as a result of automation calls for countries to strengthen their adult learning policies to prepare their workforce for the changes in job requirements they are likely to face,” the report said.

I found this article on:  www.nexusnewsfeed.com

Here are my thoughts:  Automation and Robots have already moved in to the car industry, medical industry, computers and other fields.  We already see the job crunch in Law where Lawyers now have a hard time finding work after graduating from college.  They might have to work as a clerk for $15 / hr at a law firm.  All legal information is now on the Internet.  We do not need lawyers as we did before.  The Agricultural industry already is, and will be, overrun by tractors and machinery that needs no operator.   So, what should young people be looking for ?  Hmmm, maybe repairing used cars, plumbing, manufacturing of Robots, mind training – – we just have to think different to find new solutions.

Aage – and that’s what I think